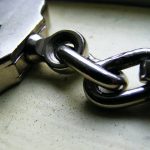 On 18.08.2020 a joint operation between SAPS Organised Crime Unit and GAC Risk Solutions took place. We received information about a planned robbery of a well-known delivery company. The delivery vehicle was on-route delivering parcels in the Soshanguve area.

We noticed the delivery vehicle being followed by the charcoal-colored vehicle that matched the exact description of the suspect’s vehicle that was being used to commit numerous robberies.

GOOD MEN WILL KNOW YOU, EVIL MEN WILL FEAR YOU

When the delivery vehicle pulled into a driveway of a house in Soshanguve, the charcoal-colored vehicle pulled in behind them in an attempt to rob them. We then acted swiftly and apprehend all 4 suspects.

The suspects were all taken to Soshanguve Police station for processing. Two of the four suspects were positively identified for committing a previous crime with that exact same vehicle. 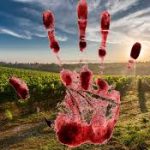 During the early morning hours of 25 June, we heard a radio alert call and received an alert message on PCPF Response Group about two vehicles and a trailer that were stolen during a farm attack

We immediately responded by collaborating with Tracker in the pursuit to recover the stolen vehicles. After the vehicles were recovered we backtracked movements.

We came past a residence in the Winterveld area. At first, we passed the residence and couldn’t find any trace of the trailer or the stolen items. We turned around at the corner of the street Upon doing so we noticed 2 vehicles with at least 4 people standing outside the house given us more attention than most people, we were busy passing them when we noticed a piece of the trailer.

We immediately made contact with the owner to ask about the description of the trailer. The owner did identify his trailer over the phone and it matched the description of the trailer that we saw. During this time we were busy notifying the owner, the suspects started to make a run for it. The first vehicle pulled out the yard and drove off, when the 2nd vehicle wanted to drive off we blocked his escape route. The suspect climbed out of the vehicle and ran behind the house.

We had no other choice but to wait for back-up because we were outnumbered in an unknown terrain for us. SAPS and Bidvest Protea Coin National Task Team ground units and Airwing responded within minutes of the call

The Police immediately started with their investigation, no arrests have been made as of yet. All the stolen items were handed back to the owner

“LET US PROTECT WHAT IS YOURS” 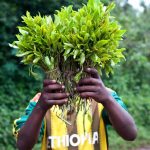